An interview with John K. 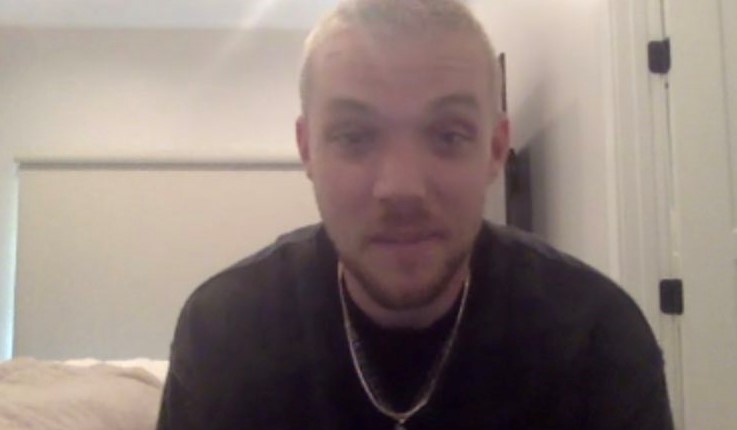 Recently I got to interview the musician John K as he was getting ready to release his brand new single, “Cheap Sunglasses,” out now.  You may recognize him from his hit “If We Never Met” which has been viewed over four million times on YouTube and featured in multiple popular TikTok videos.

Q: The sound of your music can be described as very mellow. What made you gravitate to those sounds, and will you ever change it?

A: A lot of the sound starts with how my vocals sit over certain tracks and I have been told that my vocals are soothing by itself so I think as I started to write more and more songs it started organically that way.

Q: Was there ever a time throughout your process of becoming a musician you doubted you would be successful?

A: There are still days right now that I doubt myself. If you let that doubt get so big inside of you that it stops your momentum or stops you from being creative it can seriously hurt you.

Q: Your song “If We Never Met”, was it based on anyone?

A: That song is about my wife. We have been married for about three years and she is the best thing that’s ever happened to me. That song came from a very vulnerable place because she changed my life for the better.

Q: Ever since the song became big, how has the popularity changed your life and how has it impacted what you want your songs to be about now?

A: It is very possible to have a record and connect to people on a personal level and I had people reach out to be and be like, “This feels like it’s my story or I feel this way towards my significant other.” I never experienced that before where people were interpreting a song in their own way that I kind of wrote as a love letter to my wife. Them feeling like it’s something that they can express to their significant other has given me more of a platform and that has shown me vulnerability always wins.

Q: What are you doing now? Can you tour now?

A: Touring is pretty much shut down for the foreseeable future, but I have been doing some shows over Zoom, I just did one for the University of Minnesota which was really, really cool.

Q: What are you doing now relating to your music?

A: Today on socials I actually announced that the debut is going to come out on November 13. It’s an accumulation of songs we’ve been working on for a little over three years.

Q: The production side, what does that look like, and especially when you were first starting what was it like?
A: I was always a great believer in collaboration and I know where my strengths lie. And I do love to produce but I know some people have put tens of thousands of hours in that room like working on their production shops and really going at it. So I made it a really good point to make sure I was collaborating and what I found was there is this amazing world of writers in LA and Nashville really all over the country that I was able to tap into.  There is a huge list of creative people who are amazing producers.

Q: Were you ever scared to let the public know your real personality and posting videos of personal things that have happened in your life?

A: For A long time I was very closed off to the idea of it. I was in the mindset that let the music lead and I wanted to focus on my relationship with my wife and I didn’t want anything publicly to go wrong. I was kind of holding on to everything but the root of that, it was fear of people maybe not accepting me or my music or the fact that as an artist debuting I had to be single so that girls would like my project but once I let that all go I felt the anxiety all go. And I didn’t have to wonder what people would think of me, my music, my wife, my life, or anything I was much more freed up to pursue this career how I wanted to. Live out in the open and I found out the more vulnerable I am, not only in my lyrics or my songwriting, but also with my fans, then they were able to connect in a way you would never have predicted. And yes there are days I wish I could shut out the world at this point but it’s good to just let everybody in and be honest.